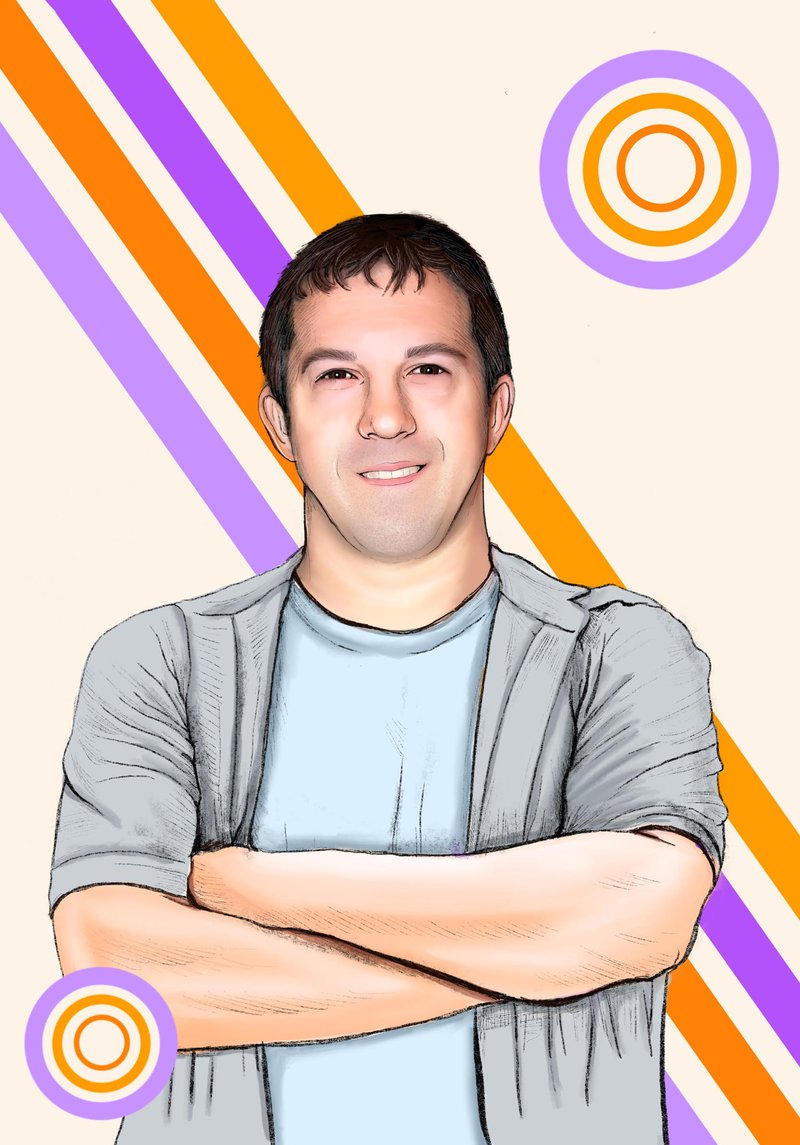 Co-founded by Ross Berkowitz in 2009, Tribe 12 is using giving circles as a Jewish teaching tool for the leadership qualities our society seriously needs. When Tribe 12 added giving circles to its educational model in 2016, its young leaders began demonstrating that giving circles definitely belong in leadership development programs. We sat down with Ross to learn more about why.

Q: Hi Ross! Thank you so much for sitting down to chat with me! For those who aren’t familiar with your work, how would you describe Tribe 12?

A: Tribe 12 connects 20s and 30s to engage with Judaism so that it’s not something they turn on and off, it’s just who they are. Through a leadership development fellowship, matchmaking coffee dates, and engaging social events, we are enriching the Jewishness of young people in the Philadelphia area and training the next generation of Jewish leaders.

Q: How did you come up with the original idea for Tribe 12?

A: My background is as a Jewish experiential educator. After I got my masters in Jewish History, I started a history PhD program, but I realized very quickly that I want to be an educator, not an academic, so I dropped out. I wanted to make people love to learn, and I wanted to be a part of the Jewish community. After that, I did a lot of different things with different age groups, but the through line has been my deep love for educating.

So, in search of a change of scenery, I headed to Philadelphia in 2003 and fell into a job at a very small organization called The Collaborative. At the time, The Collaborative was just doing social programming, like happy hours and dinners, for 20s and 30s in the Jewish community. I remember thinking: “We can do so much more.”

I became very close with the founder of The Collaborative, Annabelle Lindy, and together, we developed a strong thought partnership around where the project could go. Years after we started working together, Annabelle told me that she had been diagnosed with cancer, and she knew she was going to pass away. She told me that she wanted to continue what we were doing, so she left an endowment. That endowment and the work we started together was the foundation for Tribe 12. Today, we’re serving Anabelle’s original mission of solidifying the Jewish identity of young adults.

Q: That’s such a wonderful story. I’m curious to know how giving circles came into the picture?

A: So, it was 2016, and Tribe 12 was looking to transition our social entrepreneurship fellowship into a more comprehensive leadership development program. My team and I were delving into the question of “what makes a good leader?”, and we continually came up with 3 qualities: 1) emotional intelligence, 2) entrepreneurship, and 3) philanthropy or giving back. We were wondering “how can we teach competencies around philanthropy?”

Then, I went to the Jewish Federation of North America’s General Assembly conference, where I met Joelle Berman, an early director at Amplifier. She told me that Amplifier was using giving circles to strengthen Jewish communities and teach about Jewish values. That’s when it struck me: Giving circles were the perfect tool for cultivating competencies around giving back, and so many other leadership skills, as well. So, I joined Amplifier’s Incubator, and implemented giving circles into our fellowship cohorts and alumni engagement.

The fellowship class is usually around 12 or 13 fellows. When fellows apply, $100 of their program fee serves as their contribution. The group always gives to a nonprofit venture of a past fellow. Each year, it’s a whole new group with a whole new culture, so each circle is different even though the curriculum is more-or-less the same.

We also do an alumni giving circle for former fellows. In that circle, alumni can give wherever they want with no parameters. Since the alumni are then also in the position of receiving grants, an additional realm of educational topics are opened up. For example, we had a great conversation about whether we should accept money from a person who has done something that doesn’t align with our values, and what Judaism has to say about it.

Through both giving circles, we’ve taught leadership skills, while donating nearly $7,000 to 5 social-impact ventures: Parkside's Roots to Market, The People's Paper Co-Op, The "I Am" Project, Jews In all Hues, and Access Point.

Q: Can you speak more to the use of giving circles as a specifically Jewish education tool?

A: As a bit of a Jewish learning nerd, I’ve learned that, when Jewish learning is relevant to your life, it becomes very powerful, because part of your identity is being given this extra layer of meaning. For a lot of people, giving back and social justice are already important to them. So, when you bring Judaism into that, Judaism becomes an ever-present part of their identity. I’ve used Amplifier’s resources for inspiring this convergence. Also, the debate and conversation of the giving circle is so Jewish.

Q: How about giving circles as a leadership development tool?

A: We don’t necessarily learn soft skills in formal education, but they’re so important for navigating the professional world. Giving circles provide a playground for practicing and honing those skills. Consensus-building is one of the most important ones, especially in American society today. Even democracy, which America holds as an ideal, doesn’t make everyone in the room feel “good.” Consensus building is about making everyone in the room feel like they’re part of the community. That’s what a good leader creates in their organization, and our giving circles are teaching that skill.

Another skill is self-awareness. By thinking about our personal values, we become more self aware. We’re finding in the younger generation of millenials a real devotion to personal development, as compared to a stronger emphasis on entrepreneurship in the older half of millennials. So, the soft skills taught by the giving circle process are helpful in stewarding that personal development.

Feeling inspired by Ross and Tribe 12 to create or join a collaborative giving project? Reach out to Amplifier for coaching, trainings, and resources.