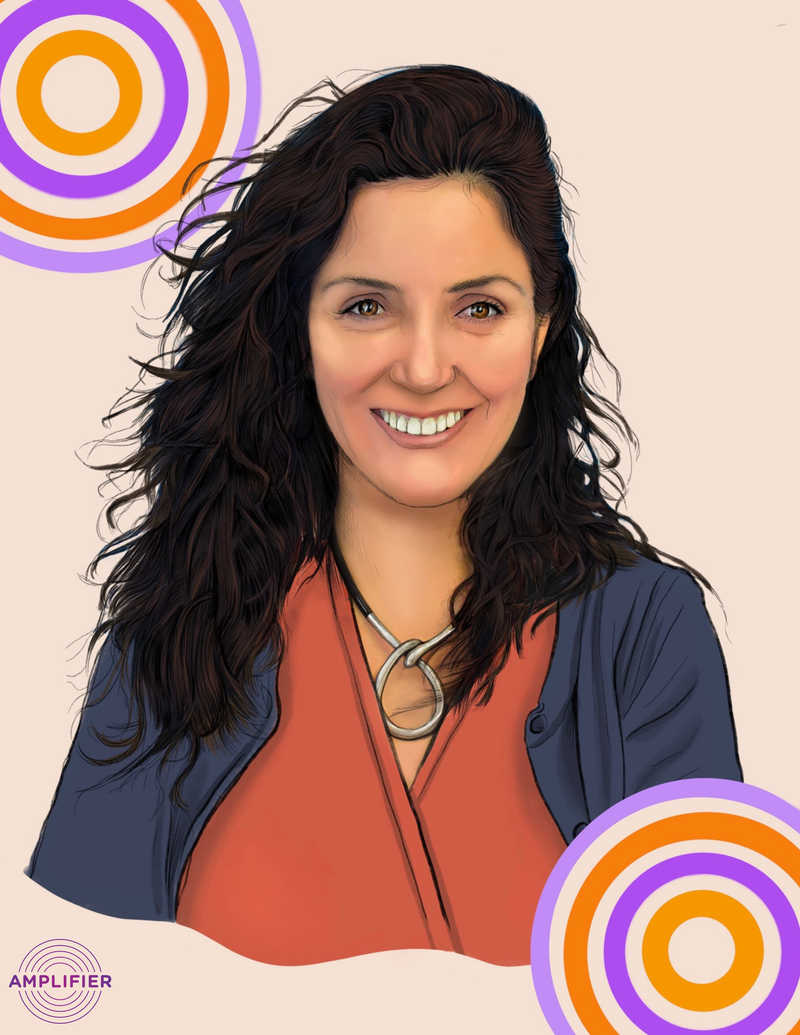 A: Philanthropy Together is a national initiative to catalyze and mobilize a collaborative giving movement. Our mission is to democratize and diversify the field of philanthropy. Our vision is a world of passionate and powerful people who give intentionally and collectively to create the world they want to see. We want a world that is more connected, active, engaged, tolerant, civil, generous, and inclusive.

Q: How was Philanthropy Together created?

After the convening, we knew there was a lot of appetite from the field. We received some additional grants to continue to explore the work, and I was on the core codesign team with Hali Lee (Asian Women's Giving Circle), Marsha Morgan (Community Investment Network), Paula Liang (Philanos), Felicia Herman (Natan), and Liz Fisher (Amplifier) and the amazing strategic consultant Isis Krause from Knead Partners. Amplifier was in charge of holding the codesign team, and we embarked on a 1-year-long codesign process. We wanted to involve as many voices as possible, so we conducted nearly 50 1-hour video Zoom interviews, created working groups, and exchanged hundreds of emails and slack messages with giving circle members, leaders, academics, researchers, and funders, and held a field-wide convening at the Bill & Melinda Gates Foundation in Seattle. It was so powerful because even though we came with a drafted vision, mission, and ideas, we heard even more voices, so we adapted our work to be more reflective of the field. We also gave 13 microgrants for collaborations amongst giving circles, in order to start injecting funding into the field.

We built trust from the beginning–not just in the sisterhood of the core codesign team, but also with the field. We’ve been extremely transparent from the get-go.

Q: Why are giving circles a helpful tool for combatting the isolation, disengagement, and polarization of modern society?

Giving circles combat isolation by creating community. They increase engagement because they’re leadership development incubators. We’ve seen giving circle members get involved in the PTA of their childrens’ schools, they start volunteering more, they join the board of a local nonprofit, or even run for office. And finally, to address polarization, if it wasn’t for a giving circle, a particular group of people might never be sitting around the same table (or in the same video call). By being together in an intentional space, there’s an opportunity for people to find common threads. That’s when the polarization begins to melt away.

Q: Can you speak more about how identity factors into this work, both for giving circle participants and also for yourself?

A: I was born in Mexico City, and I lived there for half of my life. I have a strong identity as a Mexican, as a Latina, but at the same time, most of my adult life has been here in the US, and I’ve always considered myself a citizen of the world.

This has given me an advantage because the Latino communities we were working with at LCF were so diverse! Latinos come from 21 distinct countries. We each have our own stories and backgrounds, yet it is important to understand, respect and find our common threads, the threads that ignite our passion to support a common cause.

In recent years, we’ve seen giving circles become more diverse, but we have a long way to go. What we’re creating with Philanthropy Together is the opportunity to work together and learn from each other across lines of identity. We want to be intentional about bringing diverse voices not only by creating new giving circles, but by facilitating interaction and peer learning among giving circle networks and members. We want to be the conduit for trusting relationships. If we have trust and understanding of different points of views, we will propel our work so much further.

Q: Tell me about a time when you witnessed the transformational power of giving circles.

A: In 2016, a good friend of LCF reached out to us about starting a Latino giving circle in the Central Valley. I went to give a talk to 13 community members there. Even before I finished my spiel, I had the first checks in my hand. Four months later there were 100 people in the giving circle, and they gave out $100,000. They’re still the largest giving circle of the Latino Giving Circle Network, and they operate in an area with a lot of need. It’s a strong, tight-knit community.

We also had a grantee in the Central Coast, called DigitalNest, which offers STEM programs for children of Latino farm workers in Watsonville. After one of the students completed his training, he got an internship at Adobe. When he received his internship stipend, he gave a donation to DigitalNest and joined the Latinos in Tech giving circle. A year later, he started a giving circle in Watsonville. And he’s in his mid-20s!

For me, that’s the narrative we want to share: that people who were supported by these local nonprofits in their youth are now ready to pay it forward. The Latino community, the African American community, all these multicultural communities in the US, we want to change the narrative: we’re not takers, we’re givers. We have been giving for generations.

Q: What role has Amplifier played in your giving circle work?

A: When I started at LCF, the whole idea was to bring more individual donors into the mix through giving circles. I never thought we would grow to a network of now 23 giving circles and the largest Latino donor network in the country. Amplifier’s resources and incubators were very helpful at that point.

Q: We’re in the height of the COVID-19 crisis- how is your work more important than ever given the current climate?

A: Right now, I think the work is crucial. I think everyone’s craving the human connection that giving circles provide. After all of this, we’ll have to rebuild civil society. I know giving circles will take a big part in that because it makes us more human to be in community, to be involved in giving, and to be thinking about something larger than ourselves.

Something essential to understand is that we’re not “all in the same boat,” as many people have been saying. This crisis has made it clearer that the inequities are huge. Who are the most affected? Low-income communities, communities of color, the elderly, and small nonprofits that have been invisible from mainstream philanthropy. Those small local organizations are so crucial to communities and they are the ones that giving circles can look after. Otherwise, they could disappear.

We are poised to support change-makers by giving them the tools they need to start their own giving circle, by connecting the field, and by highlighting the incredible work that giving circles are doing across the county. This is people-powered philanthropy. It’s easy, fun, and transformational. We need that right now.

Inspired? Want to start your own giving circle? Join Launchpad, a virtual leadership training experience, sign up for Philanthropy Together’s newsletter, follow them on Twitter, and email them to get in touch!