From the start, the giving circle had multiple goals: encourage social connections, develop women leaders, and educate our community in Jewish philanthropy. First and foremost we would support our own Jewish community through an Annual Campaign commitment. This Federation gift would be paired with a minimum gift to the giving circle. Collectively, we could figure out how to allocate our giving circle funds locally, nationally, and internationally to Jewish causes. 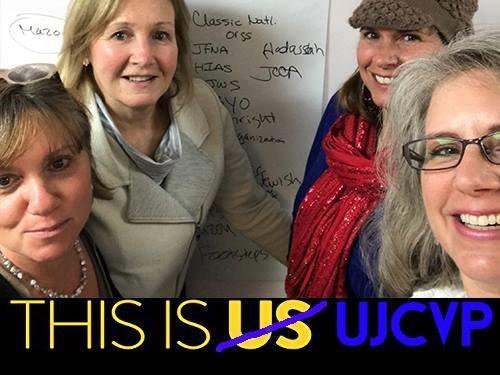 The idea finally found traction when a younger colleague stepped up to help spearhead the group.  We initially recruited another colleague, one young lay leader, a couple of young donors, and started planning. We announced our ambitious plan publicly in May of 2017. We would take women’s giving in a new direction, and honor the women who started our Lion of Judah society thirty years prior to encourage women to give significant dollars to the annual campaign.

Our ideas were simple: fun, NO arm twisting to join, diversity of age and giving level, very little professional stress added to my plate, and an atmosphere of collegial peer learning and sharing. In our first year we accomplished all of this and more! A cute Pearl logo, a list of initially proposed guidelines, and an invitation to a “Pearl Pop Up” happy hour information session got us started. Building on the “P” alliteration I learned how to make peach sangria for our first happy hour and it became our signature drink.

It didn’t take long for our inaugural Pearl Society to grow to eighteen members ranging in age from their early thirties to late sixties. Pearls were welcome to attend meetings called Pop Ups held every six weeks or just write a check and never attend in person. We agreed it didn’t matter how many women were regulars, but were pleasantly surprised that over half of our circle attended each gathering. Each Pop Up, a different volunteer hosted and could do as much or as little as they wanted. As a result, we enjoyed a Shabbat dinner, a gathering at a local coffee house, a chili night and everything in between.

At first, we spent several meetings discussing details like the number of grants we wanted to make, grant criteria and amounts, and the voting method we would use to come to a group decision. As lead staff, I set agendas to keep us moving forward. Pearls were encouraged to research local, national, and international Jewish organizations that they felt were worthy of our attention. We talked, ate, drank, discussed, and ended up voting through anonymous surveys. This allowed us to determine a final list of six grantee organizations, all of which were Jewish except for our grant to a local, non-sectarian organization. In total, we allocated over $3,000.

When we realized that the world would experience a British Royal birth and wedding within a month, we decided to have a little fun while promoting our group. We hosted a Pearl Society Shower Happy Hour inviting all women in the community. The price of admission was a donated gift purchased from our “Pearl Windsor Registry” at Target that contained household and infant items needed by a local nonprofit that serves refugees. We had a blast drinking our signature sangria along with English tea, scones, and playing shower games, taking a few moments to introduce our giving circle to encourage future membership. 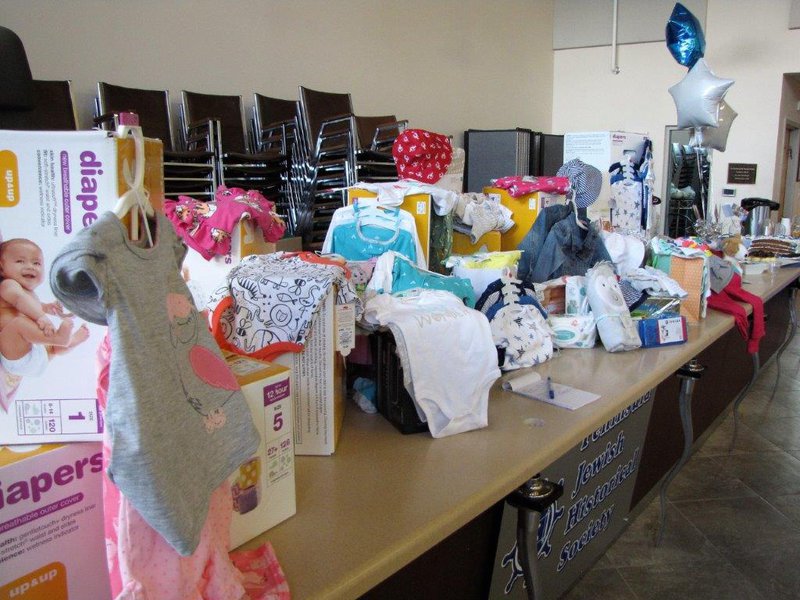 In my fifteen years at our Federation, the United Jewish Community of the Virginia Peninsula, I have never experienced the spirit of consensus-building and teamwork that characterized Pearl Society meetings. As the professional running the giving circle, I enjoyed relinquishing ownership of the details. I am thrilled with the outcome of the first cycle and have high hopes as we move on to Pearl Society 2.0!

Giving globally can have a far-reaching impact on the most vulnerable communities and global issues.

A Meaningful Gift: A Kapparot Ritual with Money

Lay the groundwork for a meaningful giving journey in 5781 with this short Kapparot ritual.